Waste heat for the projects will come off the back of compressor stations from Tallgrass’ Rockies Express Pipeline—one of the largest natural gas pipelines in the U.S. 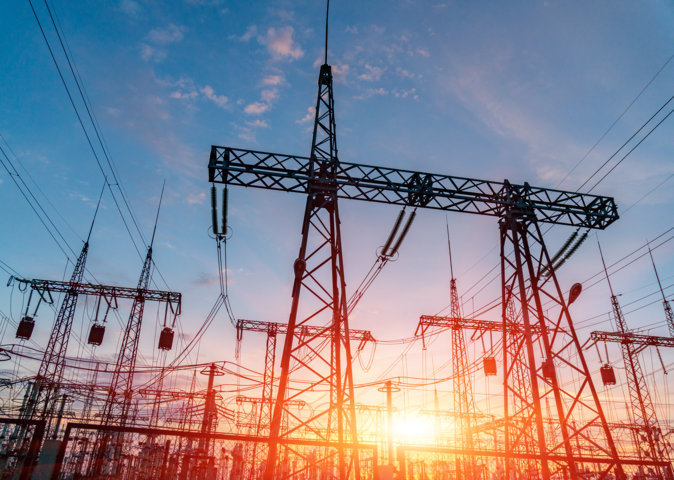 Tallgrass has teamed up with Kanin Energy, a green technology company, to convert waste heat to power (WHP) at four sites in the U.S., which will allow the midstream player to offset nearly 250,000 short tons of CO₂ equivalent annually while providing carbon-free power.

Construction on the projects—three in Ohio and one in Indiana—is expected to start early next year and reach first electron in early 2024. Together, the projects will provide 410,000 MWh of electricity annually, enough to decarbonize power to about 38,000 U.S. households, the developers said.

“We think the direction of the energy transition is pretty clear at this point, and so part of what we’ve done as a company is take a look at the assets that we operate to identify opportunities for on-footprint projects help reduce carbon emissions,” Justin Campbell, vice president of power and transmission for Tallgrass, told Hart Energy. “And these [WHP projects] floated to the top of that list. This is really about using a resource that’s wasted as heat and doing something productive with it that’s decarbonized.”

More companies are tapping the emissions-free power source as the world transitions to cleaner forms of energy and looks to live or operate more sustainably. Energy companies’ plans continue to unfold more than six years after world leaders signed the Paris Agreement in efforts to slow global warming

During the waste heat to power process, heat generated as a byproduct from industrial processes—heat that would’ve otherwise been released into the atmosphere—is captured and converted to electricity using Organic Rankine Cycle (ORC) technology.

“You need resources that can be dispatched at times when those others [wind and solar] aren’t producing, and that includes overnight, for example. These waste heat to power projects can provide that kind of power.”

As explained by Kanin Energy, waste heat from exhaust is diverted to pass over a heat exchanger that is connected to an ORC. The closed-loop system pipes an organic fluid through the heat exchanger to convert the fluid into a gas, which then passes through a turbine to create electricity.

“This is energy that doesn’t have any incremental emissions attached to it,” Kanin CEO and cofounder Janice Tran told Hart Energy. She noted that although WHP technology is not new, its use in North America is relatively new. The total installed capacity for the four projects will be about 48 MW, with each ranging between 11 and 14 MW.

Tran described the waste heat energy as 24-7 carbon-free energy. The clean baseload power, with an emission profile comparable to hydro or solar plus storage, can help decarbonize electricity grids and provide a clean onsite energy source for companies at any time unlike intermittent solar or wind electricity.

“A lot of oil and gas companies are getting pressured from their stakeholders and their shareholders to pursue energy transition business lines and projects,” Tran said, adding decarbonization and energy transition are core to Tallgrass’ strategy.

Waste heat for the project will come from Tallgrass’ Rockies Express Pipeline, off the back of compressor stations, according to Tran.

The Rockies Express Pipeline is one of the largest natural gas pipelines in the U.S., spanning some 1,700 miles. The pipeline moves resources from basins in the Rocky Mountain and Appalachian regions and has direct access to power plants and local distribution companies.

Electricity generated from the four projects will be sold back to the grid, creating another revenue stream for Tallgrass, Campbell said. The company is exploring opportunities for offtakers.

“You need resources that can be dispatched at times when those others [wind and solar] aren’t producing, and that includes overnight, for example. These waste heat to power projects can provide that kind of power,” Campbell said. “We’re looking to sell that power to third parties on the PJM transmission system.”

“Waste heat to power is an energy transition project that can be economically done today.”

Electricity generated from the four projects will be sold back to the grid, creating another revenue stream for Tallgrass, Campbell said. The company is exploring opportunities for offtakers.

The PJM interconnection coordinates electricity throughout 13 northeastern states and the District of Columbia. Neither Tran nor Campbell disclosed how much the projects will cost. Tallgrass is providing capital, Campbell said.

“I can say that compared to other forms of 24-7 carbon-free energy like solar plus storage or hydrogen electricity, we’re the most economical form of it and it also works today,” Tran said.
Questions surround other carbon-free energy technologies, including commercial availability, “but ours is commercially available today. … Waste heat to power is something that can be done without any technology risk, and it can also help them monetize a waste product,” she added.

Tallgrass is also considering undertaking similar projects at other sites.
“Broadly, we’re looking not just at waste heat, but we’re looking at other opportunities like in places where you have changes in pressure on the gas system to generate power [and] decarbonize power,” Campbell said. “We are also looking for opportunities off footprint in waste heat to power. So more to come on that, but it’s certainly something that we’re excited about as a business.”

The WHP projects are one of several decarbonization projects Tallgrass has underway. Other include its Trailblazer carbon capture and sequestration project in Nebraska, where it plans to sequester CO₂ emissions from ADM’s corn processing complex. Its Trailblazer natural gas pipeline will be converted into a 400-mile regional CO₂ transportation system capable of transporting more than 10 million tons of CO₂ annually for permanent sequestration. Tallgrass is also working to convert a coal-fired power plant in New Mexico to run on hydrogen.

“It’s pretty exciting stuff,” Campbell said. “We’re very much on the lookout for those kinds of opportunities and hard at work on those kinds of things.” 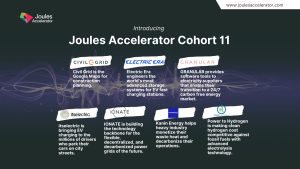 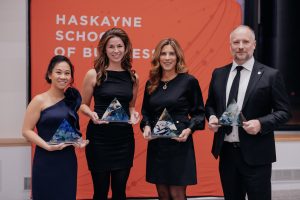